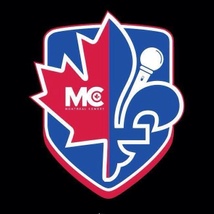 The Montreal Comedy Club is the premier place to see some of Canada's funniest talent live on stage. From younger up-and-coming comedians to comedy veterans, the club offers an eclectic mix of comedy shows and delivers every single time.

Montreal Comedy Club offers comedy fans an opportunity to see some of Canada's funniest talent live on stage. With shows ranging from a younger time. Whether you're in the mood for a stand-up comedy show, improv performance or a satirical sketch show, there's something for everyone at the Montreal Comedy Club.

Founded more than 25 years ago, the Montreal Comedy Club has been a mainstay of the city's cultural landscape for over 25 years. Located in the heart of downtown Montreal, the club has become a popular destination for locals and tourists alike. With a rich history of famous comedians gracing its stage over the decades, comedy fans can be certain that walking through its doors will guarantee a night they won't forget. Whether you're visiting Montreal for business or pleasure, an evening at the Montreal Comedy Club will have you coming back.

The club is conveniently located in the heart of downtown Montreal and is easily accessible by public transportation. It's just a short walk from the Station Peel metro station, making it easy to get to no matter where you are coming from. From time to time, The Montreal Comedy Club is the brainchild behind pop-up shows at other venues, so be sure to check ticket information for show details.

Once inside the Montreal Comedy Club, guests can expect an intimate setting with a capacity of around 99 people. This ensures that everyone has a great view of the stage and that there is never a bad seat in the house. The club also features a full bar serving drinks and snacks, so guests can enjoy themselves and hang around before and after the show.

Ticket prices for shows at the Montreal Comedy Club vary but typically start at around $15. This makes it an affordable night out for everyone and means that there's something for everyone's budget and your wallet will have you wanting to come back again soon!

If you're looking for a great laugh, Montreal is the place to be. The city is home to some of the best stand-up comedy clubs in Canada, and comedians from all over the world come to perform here.

Montreal's comedy scene is well-known and respected. You can find live comedy shows happening almost every night of the week, and there are plenty of great venues to check out. Whether you're looking for a casual night out with friends or an evening of side-splitting laughter, Montreal has something to offer everyone who loves comedy.