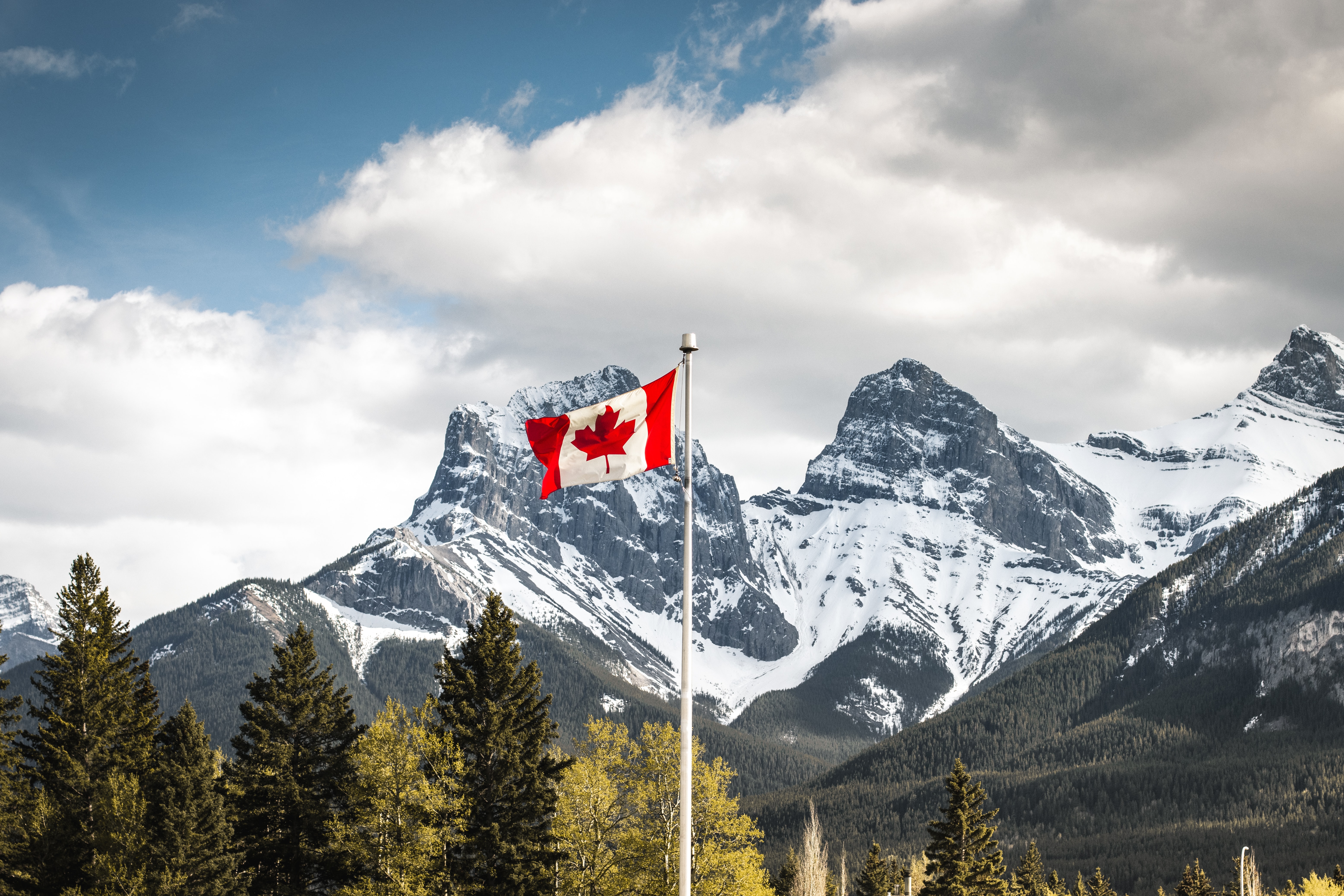 Stand-up comedy is not necessarily akin to what we might traditionally consider being comedy. It isn’t of a rigid or scripted format or reliant upon a particular performance style. Instead, it has more of a flow like jazz and the delivery style is very personal and unique to each comedian.

Live comedy has come a long way. Its roots are somewhat of a question mark as some can argue that it dates to the days of court jesters. Some claim that comedy can be attributed to minstrel and variety shows of the 1800s, while others say that it really established an identity of its own in the vaudeville days of the early 1900s with the likes of Bob Hope, Milton Berle, and other notable comedic pioneers.

The rise of television in the 1940s and 1950s made stand-up comedy accessible to a much wider audience than ever before. This allowed for a surge in popularity that stormed into the 1960s, with nearly 50% of all American households watching television each week. By the late 1970s, the first bars dedicated to stand-up comedy had sprung up such as the world-famous Comedy Store. The domino effect began, and comedy clubs started springing up across North America providing a constant outlet for comedians to hone their craft and ignite a new wave of comedy that’s more familiar to our generation.

Nowadays, most major cities have at least one comedy club, often many more. We can count our lucky stars as that wasn't always the case. Follow us as we explore some of the comedy clubs in the Canadian leg of our journey.

It’s probably not much of a shocker that Canada’s most populous city tops our list, but population alone isn’t enough to take the crown. Toronto is home to some of the top entertainment venues in North America, and the comedy scene isn't an exception. It is also home to the best comedians in the country, both headliners and novices.

Within Canada, Toronto is considered an elite comedy destination and has even been dubbed Hollywood North due to its rich local talent pool, ample agencies, and its notable production capabilities. Many comedians and celebrities call Toronto home and having TV and movie studios in town provides production companies with an alternative to the pricier ‘real’ Hollywood.

Sure, there's an ample amount of local famous stand-up comics, but Toronto also has an abundance of improv theatres and comedy clubs providing more than enough opportunity for new acts and established performers alike to share stages. This is great for comedians as stage time is not as scarce a resource as in other cities. This is also an ideal scenario for comedy fans as one can pretty much go out every night to watch a seemingly endless amount of stand-up comedy sets.

If that wasn’t enough, every spring, Toronto’s longest-running comedy festival, Toronto Sketch Comedy Festival kicks off featuring 12 days of the best-scripted sketch comedy you can find. Then, in the fall, the world-renown comedy festival Just For Laughs makes its Toronto stop as it showcases a very talent-laden lineup with comedians that even your grandmother would recognize.

Our next stop is a unique one for a few reasons. Firstly, Vancouver, BC is home to some of the most picturesque scenery in the country and is one of the most beautiful cities in the world. With sprawling parks, endless green spaces and a rich, cultural hotspot all nestled against the backdrop of the towering Canadian Rockies.

Secondly, the stand-up comedy scene in Vancouver is also unique compared to its counterparts on this list. Despite its population of nearly 2.5 million people, the greater Vancouver area isn’t home to many dedicated stand-up comedy clubs. Instead, comedy fans often watch live comedy shows or improv comedy shows at pop-up events curated by promoters who rent out spaces, theatres, or bars for one-off comedy events. This doesn’t mean that Vancouver’s comedy scene is weak it’s actually quite the opposite. The sheer number of people that turn out to stand-up comedy events show just how strong the comedy community in Vancouver really is. The uniqueness of these pop-up shows create a certain allure and almost exclusive (despite being very inclusive) aura. New venues bring new environments, new acoustics, new vibes, new food, and new drinks. The rotating setlists bring new laughs, new outlooks, new synergy and new experiences each and every time. The beauty of stand-up comedy is that no show is ever the same. Vancouver’s comedy scene takes that to a whole new level.

Similar to Toronto, Vancouver has also been touted as being a Hollywood of the north due to its show business presence as well as loads of both local celebrities and production facilities. It’s not exactly a rare occurrence when an actor, who’s shooting a moving in town, makes a surprise guest appearance on stage. Furthermore, Vancouver is well known for its liberal arts community, which may be why the talent coming out of Vancouver is top tier. With so many outlets for artists to foster their skills, it’s no wonder people move to Vancouver to pursue a career in the entertainment industry. With a wonderfully inclusive and supportive community, it’s not difficult to get your feet wet in beginning a career in comedy as there is no shortage of theatres and workshops to immerse yourself in.

This list is in no particular order, doing so would be too difficult. While Toronto and Vancouver are comedy powerhouses, Montreal is something else entirely. Anchored by the largest comedy festival in the world, Just For Laughs, the comedy scene in Montreal is second to none.

Being at ground zero for the most important comedy festival ever will naturally have a spin-off effect. Comedy fans will travel the world to be a part of Just For Laughs and they have high expectations. While the comedy festival has been known to deliver elite calibre experiences, there is also a long list of stand-up comedy clubs that support Montreal being THE ultimate destination for stand-up comedy. The tier of comedy clubs like The Comedy Nest, Comedyville or Montreal Comedy Club is about as good as you would expect a comedy club in a comedy mecca to be. With such superstar celebrity names passing through town, they not only perform at the festival, but they often perform sets at local clubs as well, meaning that these local comedy clubs must be up to snuff for A-list celebrity comics. The stakes are high, and the quality of experience you get at these venues is even higher. While the Just For Laughs JFL comedy festival may only last a few weeks, these comedy clubs are open year-round bringing in elite talent all while fostering the best in younger and up-and-coming stand-up comedians.

The comedy scene in Montreal is rich and vibrant, even outside of the Just For Laughs festival. There’s no shortage of incredible local talent as well as theatres and workshops that support the growth of stand-up comedy in Canada. This comedy culture matches the overall culture that Montreal is known for. Comedy-aside, Montreal is a beautiful city teeming with things to do all year round.

Situated on the foothills of the Canadian Rockies, Calgary is Canada’s fourth-largest city by population. With all the buzz around Montreal’s Just For Laughs JFL Comedy Festival and the sheer magnitude of comedy in Vancouver and Toronto, that’s probably where most people would expect comedy in Canada to drop off. However, that’s not the case. It’s clear that Calgary’s comedy community is thriving. This is due in large part to the love for comedy that the people of Calgary have. With an ample amount of comedy clubs and bars offering huge headlining acts, the hottest up-and-coming young comedic talent and open-mic nights where comedy fans try and test the waters themselves, Calgary’s comedy fans eat up every bit of it as they come out in droves to support stand-up comedy in Calgary.

With notable comedy clubs like The Laugh Shop and The Comedy Cave bringing the laughs night after night, fans of stand-up comedy have endless options available to them most nights of the week. Beyond that, bars like Broken City and theatres throughout the city such as Arts Commons or the Pumphouse Theatre regularly host comedy nights that significantly bolster the comedy scene and help in fostering the talent that has been coming out of Calgary over the years. And we’re only scratching the surface.

All of this culminates in Calgary’s annual comedy festival, FunnyFest, a 10-day festival dedicated to supporting and growing stand-up comedy in western Canada. FunnyFest offers a jam-packed itinerary showcasing headlining comedy shows as well as seminars and workshops for every comedy enthusiast.

If many people thought the comedy scene in Canada was mostly confined to cities like Montreal, Vancouver, and Toronto, you’d be wrong. Edmonton has an extensive arts scene and cultural community with theatres and stages of all sizes showcasing live art performances virtually every night of the week.

The best part of this is that it’s a great place to be a stand-up comic as there are lots of great places to get stage time, which is one of the biggest factors in drawing international talent to the city. Gone are the days of fierce competition for limited stage time. Minimizing stage experience tends to have a diminishing effect on a comedian’s skill level. With a smattering of stages to improve their talent, the overall quality of stand-up comedy has improved drastically. Practice makes perfect, and that’s evident when looking at the skill of the stand-up comics in Edmonton’s arts community. Due to this, the stigma that came from being a comedian living in a non-Montreal, non-Vancouver or non-Toronto city has faded. Having ample practice time makes for better stand-up comics as the learning curve is shortened.

Of course, this couldn’t have been possible without comedy clubs and theatres doing their part to foster the art, the performers and the community surrounding them. Places like The Comic Strip, The Comedy Factory and The Grindstone have been mainstays in the Edmonton comedy scene and are partially responsible for the gradually improving name that Edmonton has within the comedy industry.

Alberta is slowly becoming a comedy powerhouse. Aside from great local comedy clubs, comedy fans turn out in droves to partake in the annual Edmonton Comedy Festival and Edmonton Fringe Festival making it very clear that comedy in Edmonton is not going anywhere. It’s the ideal place to witness new talent grow into headlining stars.

I think it’s safe to say that no matter where in Canada you find yourself, you’re likely not far away from some laughs. Home to some of the best and oldest comedy clubs in North America, Canada is a comedy juggernaut not to be outdone by its neighbor to the south.

The great thing about the comedy industry is how tight-knit and supportive of a community it has. Our list above is only the tip of the iceberg for comedy in Canada. With industry legends at the helm responsible for paving the way for the next generation comedy leaders, the institutions and legacies they’ve built have ensured that comedy in Canada will only get stronger.

At WatchComedy.Live, our aim is to make selling tickets to your stand-up comedy show a breeze. From Halifax to Victoria and across the US, no matter where your event is, we’ll have you staying ahead of the curve, maximizing your resources and minimizing your costs.

Our online ticketing platform allows you to sell tickets to your comedy shows directly from your free custom website and provides the tools necessary for clubs to manage their own shows and market their events more effectively. We understand that change can be difficult, but when change is this easy and this beneficial to your business, it’s a no-brainer.