7 Of The Best Stand-Up Comedy Clubs In Canada 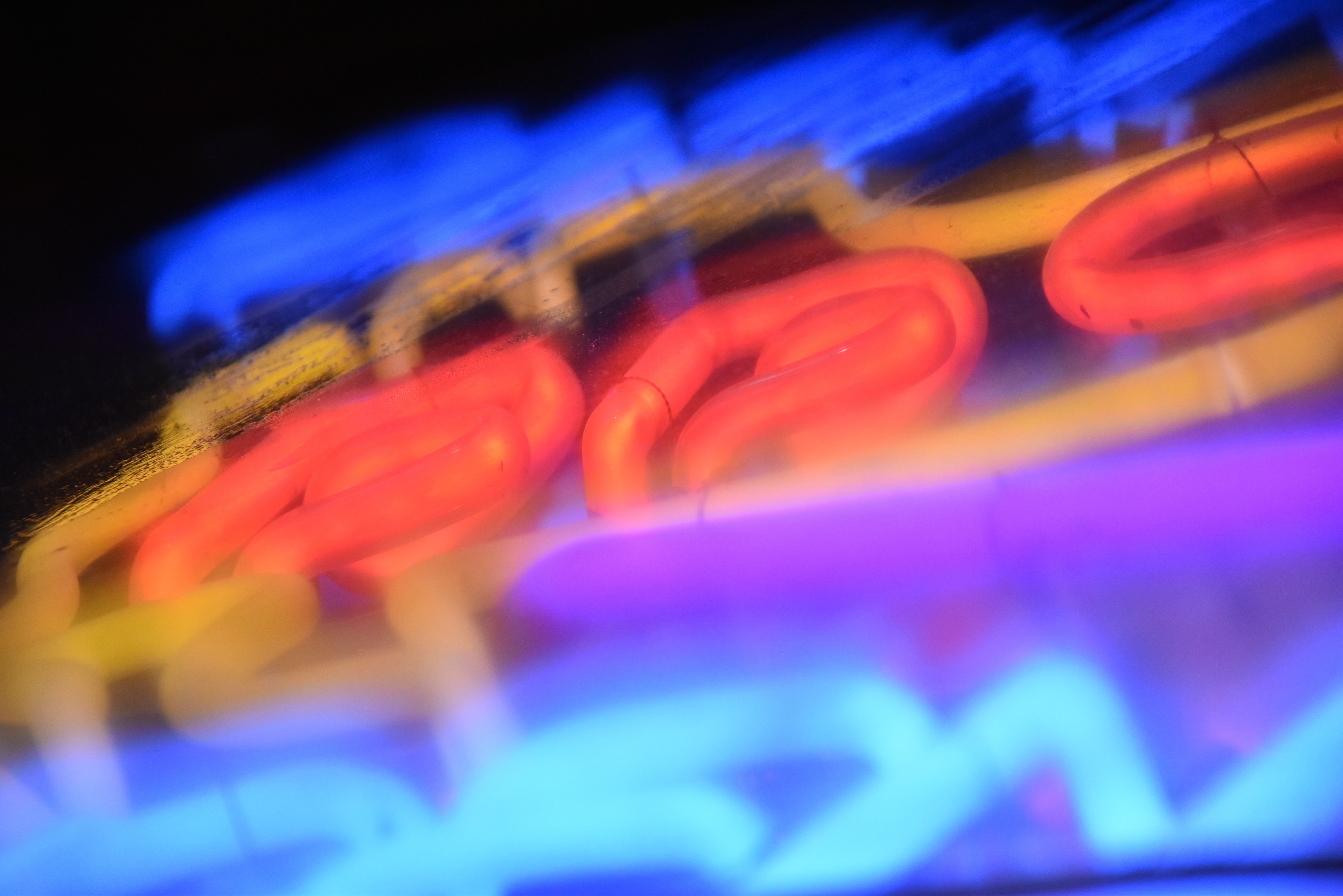 If you’re looking to hunt down some laughs or an overall good time, we know of a handful of places that are sure to deliver and guaranteed to bring something new. Whether you're a fan of traditional stand-up comedy or improv comedy, Canada has no shortage of venues that’ll bring the laughs and we’re sure you won’t have to look far to find a quality comedy club near you.

What are stand-up comedy clubs?

Now, unless you’ve been living under a rock, you probably know what a comedy club is, and maybe even know what to expect. But for those of you who are new to this little niche of the entertainment industry, comedy clubs are these magical little places you can visit if you’re looking for an experience like no other. It’s quite difficult to pen the experience that live stand-up comedy offers and how the comedian can feed off the audience making for a much richer experience that you won’t get from TV or even a larger live venue like an arena or stadium. Often small, dimly lit and intimate spaces where it’s just the comedian and the audience, comedy clubs are venues that specialize in stand-up comedy. Many clubs have a bar where guests can order drinks and food as a supplement to fully round out your night on the town.

Now, get your friends ready as we explore some of the top comedy clubs in the country.

Founded in the spring of 1976, Yuk Yuk's is a well-known Canadian chain of comedy clubs with locations across Canada. Its first location opened in Toronto and so began a long history of bringing smiles to stand-up comedy fans for decades to come. Shows range in length, featuring lineups offering a mix of new, up-and-coming talent and more established comedians. The club is also noted for its celebrity drop-ins. Over the years, Yuk Yuk's has hosted performances by some of the biggest comedians in stand-up comedy, including Jerry Seinfeld, Jay Leno, Dave Chappelle, and Ellen DeGeneres.

Equipped with a full kitchen and bar, Yuk Yuk’s Toronto is all you need for a perfect night out. There’s no dress code to worry about, so simply show up and be ready for a good time. Even with a capacity of up to 300 people, certain stand-up comics can draw a pretty hefty crowd and tickets can sell out quickly, so it’s best not to wait if you see your favorite comedian coming to town.

Montreal is an internationally renowned hub for stand-up comedy. Nestled in the heart of beautiful downtown Montreal, Montreal Comedy Club is one of the best places in town to enjoy a night out with friends. The club features some of Montreal's top comedians as well as nationally touring stand-up comic headliners in a wonderfully intimate setting that ensures that you'll be laughing all night long.

The club also offers dinner service, so you can enjoy a great meal before the show starts. And don't worry about drinks, the bar is fully stocked and is sure to have something to suit everyone's tastes.

Rumor's is Winnipeg's premiere comedy club. Winnipeg may not be well known on the global map, but Rumor’s Comedy Club has secured its place among the top clubs in North America. For decades, Rumor’s Comedy Club has touted its reputation for bringing the biggest names in stand-up comedy to its Manitoba stage. Rumor’s Comedy Club walks the delicate line between bringing in headlining comedians and up-and-coming stand-up comics you may not have heard of….yet. One look at the wall of fame featuring stand-up comedy legends that have graced the Rumor’s stage will leave your jaw dropped and will immediately explain how Rumor’s got the reputation they have.

If you're looking for a great night out, and you want to see some of the funniest people on the planet, then Rumor’s Comedy Club needs to be on your list. With a full dinner menu and well-stocked bar, it’s your one-stop-shop for a perfect night out.

Laugh Shop is one of the best comedy clubs in Western Canada and offers a wide variety of comedic entertainment. Whether you're looking for a night out with friends or the ideal date night destination, Laugh Shop is sure to provide you with a night you won’t soon forget.

The Laugh Shop has been making people laugh for over a decade and has hosted some of the biggest names in comedy. With an ever-changing lineup, there's always something new happening at Laugh Shop, so be sure to check out their website for upcoming events. You won't regret it!

Besides the obvious laughs, The Laugh Shop is also known for its great drinks and even better food. The menu features pub-style favourites like chicken wings, nachos, burgers, accompanied by a great selection of beers, wine and cocktails.

The brainchild of the award-winning comedy legend, Rick Bronson, The Comic Strip located in the famous West Edmonton Mall was the first comedy club Rick Bronson opened, with recent expansions in Bloomington, Minnesota and Phoenix, Arizona. The West Edmonton Mall location has been a local institution and fan favourite for locals and tourists alike. It's been in operation for a few decades, and during that time, it's become one of the most successful comedy clubs in the country. With a capacity of about 300 people, and a calendar full of notable comedians, shows often sell out, so don’t sleep on getting tickets.

The incredibly wide menu at The Comic Strip goes far beyond what you’d expect a comedy club to have and offers comfort food items such as chicken wings, nachos, burgers, and pizzas. There is something for everyone on the menu, and the prices are very reasonable. Couple that with a well-rounded bar an endless amount of laughs and your evening will be one like no other!

There’s not much that can be said that hasn’t already been said about Second City and its impact on all forms of comedy as we know it. Second City is an internationally recognized sketch comedy and improvisational theatre troupe and a training centre for actors, comedians, and writers. Founded in Chicago with locations in Toronto and Hollywood, its Toronto stage first opened in 1963 and has directly aided in kickstarting the careers of an absurdly long list of A-list actors, actresses and comedians.

Second City is the second-largest improv comedy enterprise globally, after the Upright Citizens Brigade Theatre (UCB) producing such alumni as John Candy, Dan Aykroyd, Bill Murray, Mike Myers, Harold Ramis, Gilda Radner, and John Belushi to name a few. The wonderful thing is that their community still fosters talent in offering classes and artists an outlet to hone their craft. So, if you think you’re funny or have a passion for the stage, Second City should be on your radar. Even if that doesn’t describe you, one visit to Second City Toronto is guaranteed not to be your last. With an endless variety of rotating shows, you can rest assured that no visit will ever be alike.

The Comedy Nest has its roots dating back to 1979 when Ernie Butler opened Montreal’s first comedy club called Stitches. With a name change and a few address changes over the decades, the Comedy Nest has built itself up to be a juggernaut in the stand-up comedy industry.

If you’re a fan of stand-up comedy, you might recognize the stage as The Comedy Nest is the official comedy club of the world-renowned comedy festival Just For Laughs. A lot of people have Ernie to thank for starting or bolstering their careers and fans have Ernie to thank for plastering smile after smile on their faces. Sadly, Ernie passed away in 2007, but his legend remains. If his legacy has touched you in any way and you’re so inclined to help, donations to The West Island Palliative Care Centre in Ernie’s name would be kindly appreciated.

Stand-up comedy may be a small niche in the entertainment industry, but the lives it enriches are far and wide. Whether it’s putting a smile on the face of someone who’s down in the dumps or putting food on the table of a starving artist, its impact goes beyond what you think a $10 or $20 ticket might do. The clubs we mentioned above are only some of the long-standing institutions that have helped the careers of the people who put smiles on our faces and Canada is a hotbed for fostering the talent of stand-up comics. So, if you find yourself bored one night, do yourself a favour and pop into your local comedy club, big or small. You may not realize it yet, but you’ll be glad that you did. And we’re sure someone else out there will be glad that you did, too.

We aim to make managing live comedy events easier and more profitable. Our platform provides comedy clubs and promoters with a free website, a suite of marketing and SEO tools and an inexpensive way to sell tickets to their shows directly on their website, without the need to push your customers out to a 3rd party ticketing site. It's streamlined, user-friendly and designed to save comedy clubs time and money.