2022 has been a great year for comedy, with endless amounts of hilarious podcast moments, crowd work clips, and live shows. But above all of that, this was a historic year for stand-up specials. That's why in today's blog post, we're breaking down the top five comedy specials from 2022.

Starting with number five, this list would not be complete without mentioning Norm Macdonald's "Nothing Special". It wasn't a traditional special, there wasn't even an audience, it was recorded on Zoom but it was still one of the most heartfelt moments in comedy history. The special tells the story of Norm Macdonald's battle with cancer and how he recorded the special knowing that people would only watch it after he was already gone. It's enough to make a man cry.

Number four on our list this year is Stavros Halkias' "Live at the Lodge Room". This special premiered on YouTube on June 5th, 2022 and currently stands at 4.4 million views. It's a 53 minutes long and it's about Stavros' experience during the pandemic and how he used food as drugs and drugs as drugs.

Coming in at the number three spot this year is Bill Burr's "Live at Red Rocks". This is Netflix special number six for Bill Burr. It's an hour and 20 minutes long and premiered on July 12, 2022. It was directed by Mike Binder and it's a classic Bill Burr Netflix special, with the venue being Red Rocks.

At number two on our list this year is Andrew Schultz's "Infamous". This will go down as one of the best stand-up specials this decade. The marketing and production behind this special was out of this world and it's going to change the comedy landscape forever. Andrew Schultz first debuted "Infamous" on his own website but it was uploaded to YouTube on September 25th, 2022 and already has 12 million views in just three months.

And finally, the number one special from 2022, and by far one of the more talked about stand-up events from this entire past year is Ari Shaffir's "Jew". This material is raw, it's real and it's hilarious. Ari Shaffir talks about the Jewish perspective on everything from sex to politics to religion and everything in between. It's a must-watch for anyone who loves comedy.

In conclusion, 2022 has been a great year for stand-up comedy and these five specials are a testament to that. Whether you're a fan of Norm Macdonald, Stavros Halkias, Bill Burr, Andrew Schultz or Ari Shaffir, there's something for everyone on this list. So grab some popcorn, sit back, and enjoy these comedy specials.

One of the most viewed standup comedians on YouTube in 2018 and 2019, Andrew Schulz averaged over 4 million views per week. Known as a produ... Show more

Wouldn’t you like to know more about people who are all-in-one and experts at everything they do? American-born comedian Bill Burr is one of... Show more 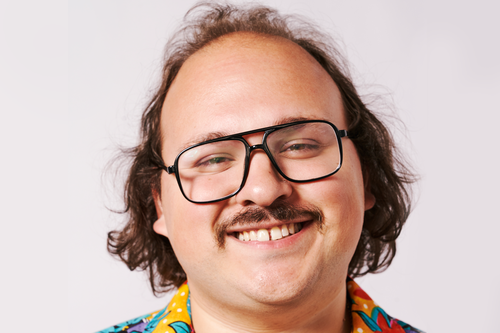 Stavros Halkias is a stand-up comedian hailing from Baltimore, Maryland. He began his career in comedy in the early 2010s and quickly made a... Show more

Legacy Arena at The BJCC - Birmingham

The Theatre at Ace - Los Angeles

The Theatre at Ace - Los Angeles